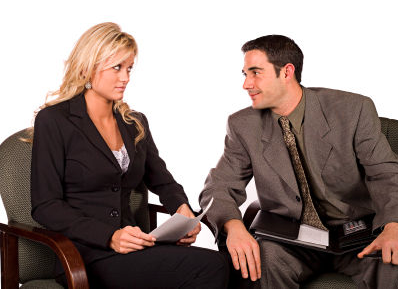 Cases against employers are on the rise. It is estimated that three out of five firms will be sued by an employee. Companies are finding that they are vulnerable from the pre-hiring process through the exit interview, even if the employee was never hired, or only at the company a matter of days.

It can happen to ANY firm. We have all experienced it. It could be a joke told in the break room, an employee you had to fire, a “friendly” programmer, or that person you chose not to hire. Every employer faces the reality that it will be the target of legal action from past, present and prospective employees. Even if the claim is groundless or fraudulent, the defense of a suit can be expensive in time, resources and financially.

A female employee, who had been with XYZ Corporation for two years, exhibited a sudden drop-off in her work performance. Her supervisor set up a meeting with her to discuss her performance, but she failed to show up. She did show up for a rescheduled meeting, but she had alcohol on her breath. She complained during the meeting that she faced continuous sexual harassment from a senior manager and that his unwanted advances had created a hostile work environment. Her supervisor suggested that she take another position in the company at a different location, which the woman agreed to do. However, she failed to show up for work at the new location and skipped several more meetings with her supervisor.

The company terminated the employee, and she filed a lawsuit, alleging sexual harassment and wrongful termination and seeking $1 million in damages. In her suit, she alleged that a senior manager had been sexually obsessed with her for nearly two years, had maintained an uncomfortable closeness with her in the workplace, and had continually harassed her with questions about her personal life.

In subsequent interviews with managers and employees, it was discovered that the female employee and the senior manager were engaged in a consensual romantic relationship over the two-year period. Furthermore, witnesses said that the employee was also engaged in another love affair at the time, but she and the second lover had broken up at about the time her performance dropped off.

The company determined that it would rather settle than go to court. After paying more than $120,000 in defense costs, the company settled with the former employee for approximately $250,000.